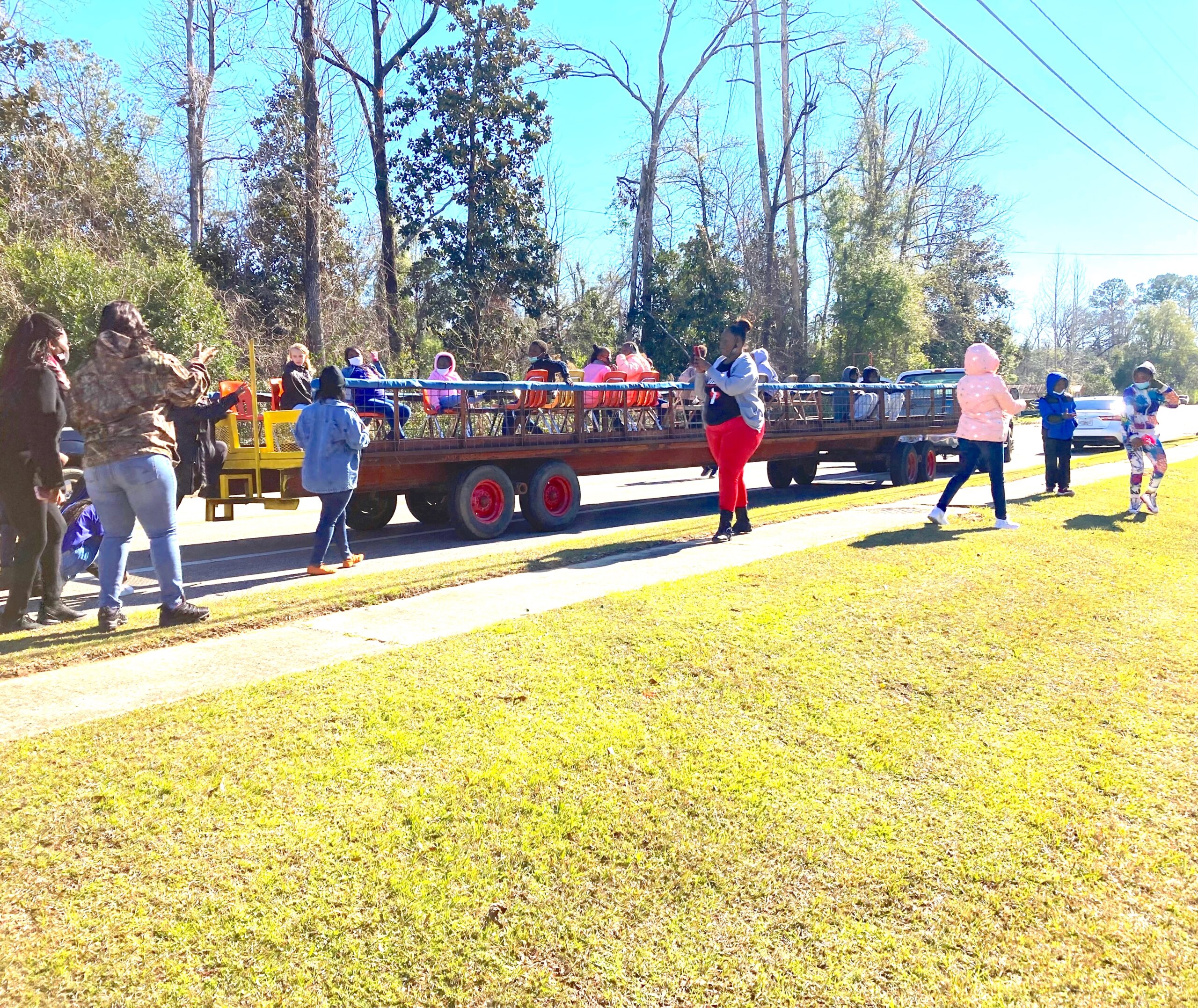 The parade lined up at the Crawford and Moultry Funeral Home at 11 a.m. and proceeded down Martin Luther King Jr. Boulevard, ending at Jesse Wilson Park on Lincoln Drive.

A long procession of cars, freedom walkers and a large float carrying a number of local children formed the parade.

Though it was a chilly morning, the sky was clear and sunny.

Groups of people could be seen gathered all along the parade route, waving, taking pictures and cheering the participants on.

Following the parade, attendees enjoyed food and mingled with family, friends and neighbors at the park.

Children rode around the baseball field in a train of child-sized cars pulled by a tractor.

Live music was planned, but had to be canceled due to a member of the band testing positive for COVID-19. Recorded music was played instead.

The event was organized by the Chattahoochee Martin Luther King Day Planning Committee.

The committee chairman, Ira Daniels, says he was thrilled by the turnout; he has been the chairman of the event for 19 years.

“It was actually surprising to see how many young people participated because of precautionary measures related to the pandemic and also the cold weather,” Daniels said.

Indeed, most of the participants and spectators wore masks or face coverings for personal protection.

Daniels also adds that the children seemed “very excited to be outside.”

In addition, Daniels expressed his gratitude to the City Council of Chattahoochee for making the event possible.

“I hope it stimulates the minds of young people about the historical significance of Martin Luther King’s efforts to unify and also to bring about social justice and civil rights,” Daniels concluded.