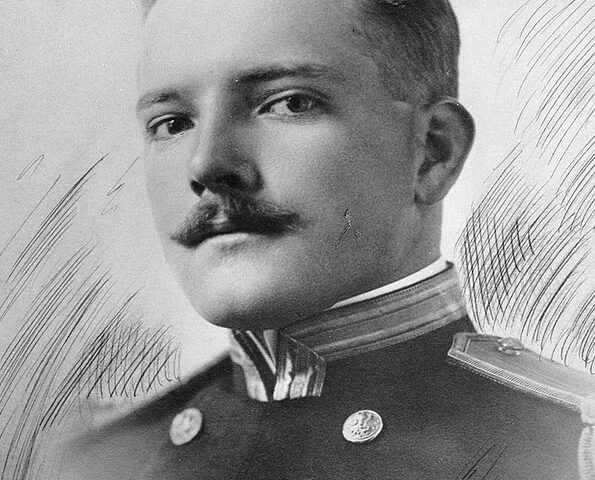 He was born in Quincy in 1889 and he died in 1920 in Hartford, Connecticut, as a result of severe burns received while rescuing a fellow pilot from a crashed aircraft.

He was awarded a posthumous Medal of Honor for this heroic endeavor.

Commander Corry had received numerous awards for his service as a Navy pilot.

These awards include the Naval Flying Cross for daring flights over enemy territory during World War I.

Additionally, three Navy destroyers were named after Commander Corry, and one of his namesakes, the second U.S.S. Corry led the Normandy invasion.

A biography of his life is being written, and the Corry family is looking for information regarding the commander’s youthful years in Quincy.

Examples would be the Quincy schools he attended, sports he may have participated in, his parents professions, and so forth.

The Corry family has plenty of information regarding his adult years and military career – all they need to complete the puzzle of his life is information related to his childhood and teenage years.Those with information about Lt. Commander William Merrill Corry, Jr. are asked to contact Jim Corry at ceebcorry@aol.com