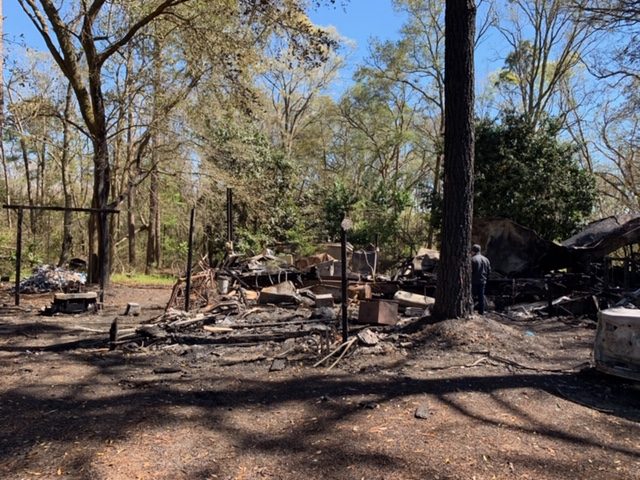 An elderly Quincy man was found dead among the ruins of a devastating house fire this past Monday – exactly one week after authorities say he brutally assaulted his girlfriend, landing him behind bars and sending his girlfriend to the intensive care unit.

Around 1:50 a.m. this past Monday, deputies with the Gadsden County Sheriff’s Office responded to reports of a house fire at the 3500 block of Glory Road in rural Gadsden County.

Upon arrival, first responders discovered an older mobile home fully engulfed in flames. After taming the out-of-control blaze, authorities found the body of 74-year-old Sam Robinson Jr. Robinson was pronounced dead at the scene, but a Gadsden County Sheriff’s Office spokesperson declined to clarify whether he was killed in the fire or if he was dead before it erupted. Authorities also declined to speculate on the cause of blaze or whether they suspected it was a result of foul play. Such details are pending the results of an ongoing investigation, Gadsden County Sheriff’s Office public information officer Sergeant Anglie Holmes-Hightower said.

She did say that authorities declared the home a total loss, and the fire is being investigated by Gadsden County Sheriff’s Office and the Florida State Fire Marshal’s Office.

This past Thursday, Robinson bonded out of the Gadsden County Jail ,where he had been detained on felony aggravated battery charges. Local sheriff’s deputies arrested Robinson the previous Monday – the day before his 74th birthday – after they discovered his live-in girlfriend badly beaten and unresponsive during a welfare check, a sheriff’s office news release states.

The welfare check was a result of multiple calls to local law enforcement from family about missing person Shelia Jones. Before deputies arrived for the check, a family member found Jones at the residence of live-in boyfriend Robinson, deputies reported. 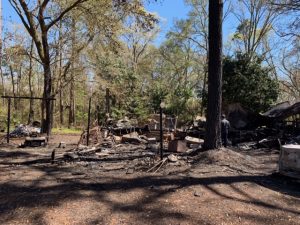 The home of Sam Robinson Jr. was deemed a total loss after a devastating house fire left it in ruins.

The intense heat from Monday’s house fire damaged a nearby car. 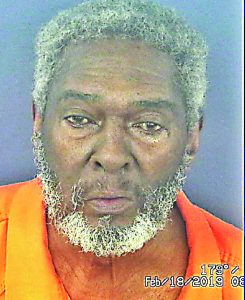