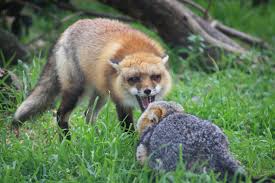 Health officials are warning residents of east Jackson and west Gadsden counties to be wary of wild animals acting strangely, after the fox that attacked a Bascom resident last week tested positive for rabies.

Health officials suspected the fox was rabid from the get-go, as fox attacks are all but unheard of under ordinary circumstances. Lab results on tissue samples collected from the dead fox confirmed their suspicions.

Rabies cases are on the rise throughout Florida, and although an official “rabies alert” has not been issued in Jackson County, local health officials urge residents to be mindful of this recent rabies case and to report any suspicious animal behavior to the local health department. While some rabid animals may act aggressively or “mad” – foaming at the mouth and demonstrating other symptoms common in popular film depictions of the syndrome – most commonly, infected animals are timid, shy or sluggish, according to the Centers for Disease Control and Prevention. Rabid wild animals may allow humans to approach them; but, ultimately, the only way to know for sure whether an animal is infected is via laboratory testing.

“Your best bet,” a CDC spokesperson said, “is to simply not attempt to approach wild animals or unknown domestic animals unaccompanied by their owners.”

In a press release issued earlier this week, T.G. Harkrider, Environmental Health Director at the Jackson County Florida Department of Health office said, “Anyone having knowledge of bites or other exposure from a suspected rabid animal to humans or to domestic animals should immediately contact the Health Department at 850-482-9227 during normal working hours.”

An answering service is available to relay information for assistance after hours and on weekends concerning animal bites and other exposure.

“Please call us with information and questions related to exposure,” Harkrider continued. “We need to act quickly in some cases to save people’s lives. Never shoot a biting animal in the head. An intact brain is needed to determine if the animal is rabid. If you shoot them in the head and destroy the brain, we have to assume the animal was rabid. Without negative lab results, treatment to the victim has to begin. Please call us. You can reach us 24 hours a day and 7 days a week through our answering service at 850-526-2412.”

Rabies can be transmitted by any mammal, but common Florida carriers include raccoons, skunks, foxes and bats, according to a Department of Health fact sheet.There is no cure for rabies once symptoms appear, and cases are almost always fatal, according to the Centers for Disease Control and Prevention.

With no cure, the only viable means of combatting rabies is “prevention” – namely, via a rabies vaccine, a Florida Department of Health spokesperson said. All pet owners should ensure their pets are up-to-date on rabies vaccinations, which are inexpensive and sometimes even available at no cost to pet owners demonstrating economic need from charity organizations, health officials said.