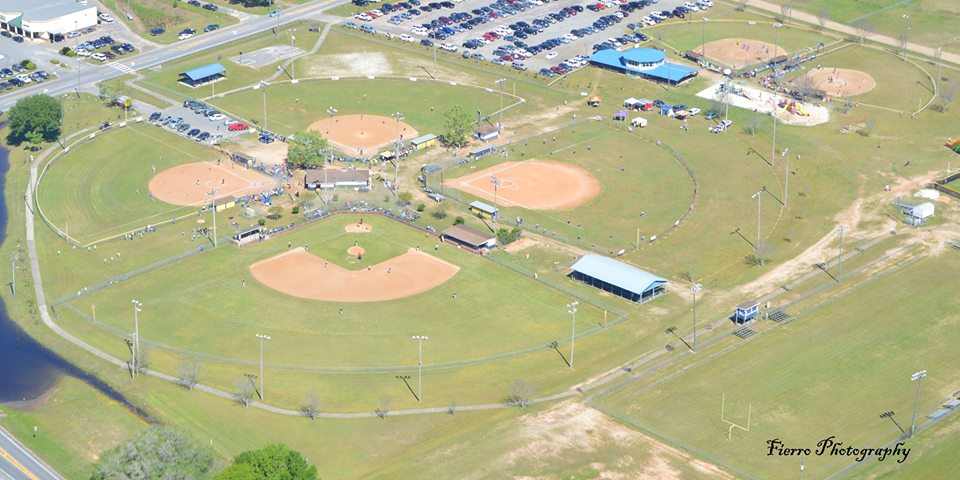 Things got heated at the Sneads’ Town Council last meeting during a discussion about the town’s recreation facilities.

The meeting was finally held on Tuesday, January 25, after being pushed back for two consecutive weeks due to COVID-19 concerns and illnesses among the council members.

Council Vice-President Donovan Weeks said, who is the council member over the town’s recreation board, brought up the needs of the recreation department, one of which is crushed red brick.

Weeks said most recreation departments now use crushed red brick, because it’s low maintenance and doesn’t hold as much water as clay and sand.

The recreation board found a company in Birmingham to purchase crushed red brick from for the town’s baseball and softball fields.

Meagann McIntosh, who is on the Recreation Board of Directors, said 24 tons will be enough to cover all of the town’s fields.

Weeks said the board has done a phenomenal job raising funds for the recreation department, and he recommended that the town pay for the full amount of the brick so the board would not deplete all of the funds it has raised and can use that money for other needs.

The recreation department also needs pitching machines and the basketball court repaved, among a list of other things.

“We need to make an effort to show, because we’re losing people,” Weeks said.

Steven Subel, who is also on the board of directors and a little league baseball coach, said it’s about more than losing players.

Subel said investing in the recreation facilities affects more than just the next generation of leaders, but it affects the right now as well.

He told the officials to go into any of the restaurants in Sneads that night and they would be just about empty.

“But when ball fields are hopping and there are sports going on, the economy booms,” Subel added. “You’re going to have to wait two hours just to get into the Mexican restaurant.”

One of the major needs at the ball field is lighting.

Garner said the Florida Emergency Management Agency has already come out to repair the lights, but it was determined that they are not repairable.

Now the two sides are trying to figure out how to get temporary lighting in the meantime.

As for the permanent lighting, or lack thereof, Garner said he is hoping the state legislature will earmark $800,000 for new lights at the ball fields, but there are at least four more weeks of session before the budget is finalized.

He also noted that even if the House and Senate agree on the funding, there is still a chance that the governor will veto it.

“I don’t know what we can do that the town hasn’t already done and our consultants are really pushing everybody in Tallahassee for assistance,” Garner said.

Members of the recreation board asked Garner if the town has a backup plan if the legislature doesn’t approve the funding for the lights.

Garner said, other than hopefully receiving money from the legislature, taking out a loan is the only backup plan that the city has.

“Ya’ll will be screaming then if we have to go out and borrow money and raise the rates,” Garner said.

One of the town’s contracted engineers Evan McAllister of Melvin Engineering said the county has about $200-$300 worth of needed repairs.

“For the town to incur a $800,000 debt without reimbursement would be very, very hard on the system right now,” he added.

Garner also explained that the American Rescue Plan Act funding cannot be used to purchase permanent lights, and there are very strict guidelines on what it can be used for.

Subel recommended adding a surcharge to utility bills to pay for the lighting.

Councilwoman Angela Locke pointed out that there are people who already struggle paying their utility bill from month to month.

Garner said the town’s hands are tied, because even if they wanted to take out a loan, the town has to have a steady funding source as collateral to show they can pay back the loan.

At that point in the meeting, a few members of the recreation board stormed out.

Subel, who remained in the meeting, agreed to have a “sit-down” to further discuss the situation and try to find ways to garner the funding.

In other matters, Garner also gave an update on the town’s storm water project.

“We got the notification that it had been funded last May for $4,945,145.64 to do our storm water project that we need to do so badly here in town,” Garner said.

Garner said although the stormwater project was approved for funding by Florida’s Department of Economic Opportunity Rebuild Florida General Infrastructure Round One last year, he just recently received the agreement.

The program was created in response to damage caused by Hurricane Michael in Florida’s Panhandle.

Garner said the town’s engineers looked over the agreement with the department and had questions about some of the forms that weren’t filled out.

“One is what we call the work plan; that’s the schedule of start to finish,” McAllister said. “The other is actually the budget.”

McAllister also pointed out there has been a change in the awarded amount since the town applied. He said it increased a little bit, but he doesn’t know where.

“We’re already in discussions with the project manager and asking for – ‘Hey can we see those pages before we approve them?’ because what they’re doing is, they’re having you all execute the binding agreement and then they’re sliding those pages in, and we’d kind of like to have an idea what those pages look like because those are controlling factors of the contract,” McAllister said.

Garner recommended tabling the matter until the next meeting since it was only two weeks from that meeting, and because two council members were absent.

Money noted it would also give the engineers time to look over the agreement again.

Resolution 22-0 also came before the council calling an election for citizens of the town of Sneads to elect two council members in groups 1 and 2.

The election will be held on Tuesday, April 12 at City Hall.

Weeks, Locke and Money all voted to pass the resolution.