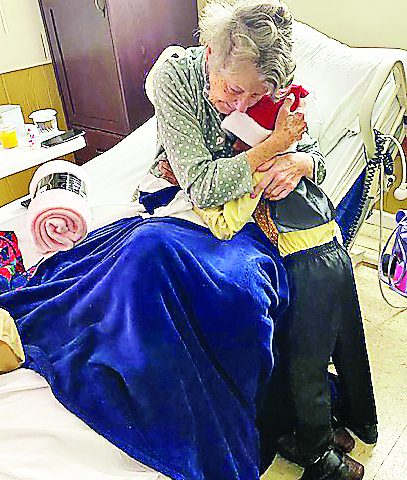 The kind, dedicated youngster helped assemble the  bags and handed them out personally, accompanied by smiles and warm embraces. Family and friends have even taken to calling Blue “Santa’s little helper” for his holiday deeds.

It was the perfect example of what Christmas should really be all about – peace on earth, goodwill toward men. But don’t think for a moment that young Blue’s actions are merely some ploy to get in good with Santa Claus before Christmas morn arrives. On the contrary, Blue is known for displaying a giving spirit year-round.

“He always wants to help others whenever he can,” Brown said, adding he has no plans of stopping any time soon.

“He will be spreading more Christmas joy before Christmas, because Santa’s little helper doesn’t think his job is done just yet,” Brown said.

Blue spends most of his time in Chattahoochee with cousin Isis Brown and his Auntie Trina Blue, according to friends and family.