The Chattahoochee City Council joined with the Gadsden County Board of County Commissioners and other Gadsden municipalities Tuesday night, agreeing to chip in for the hiring of a Tallahassee lobbying firm.

The council voted unanimously, 5-0, to hire Gunster Government Affairs and Lobbying at a cost of $6,000 to the City of Chattahoochee. Gadsden County commissioners voted 4-1 in January to hire the firm for $25,000 and all but one of Gadsden’s six municipalities (Greensboro) have since voted or indicated they would participate. Though Havana has not yet voted on the matter, the town’s council is expected to commit funds for the lobbying firm at a meeting later this month.

Chattahoochee City Manager Robert Presnell said Tuesday night that the Gunster firm, which participated in new Florida Governor Ron DeSantis’ transition team, is being hired only for the upcoming state legislature session, which begins in March. The firm will promote legislation beneficial to Gadsden County and the participating municipalities, including pressing the legislature for more funding for Hurricane Michael relief projects. Other counties affected by the October 10, 2018 hurricane will also send lobbyists to Tallahassee in March, aiming to gain their own slices of the state’s disaster recovery pie.

Among Chattahoochee’s requests for upcoming legislative session is money for mending the city’s storm-battered sewer system. The sewer system needs $400,000 worth of repairs, including bypass pumps and generators for each lift station, Presnell said.

“[Gadsden County State Senator] Bill Montford says this should be an easy lift,” Presnell told city council members. “I think $6,000 for $400,000 would be a good deal,” he added, referring to the city’s lobbying cost contribution versus hoped-for returns.

When asked where the money would come from, Presnell replied, “I’ll find it somewhere; it won’t come out of reserves. We’ll find it in the budget.” He added that money could come from the legislature as early as July, the beginning of the city’s budget year. The city and county also hope to see “windfall” returns from excess sales tax collected from hurricane preparation and recovery sales, Presnell continued. Money from the sales tax windfall requests could be “substantial,” he said.

“I can see it being a good thing,” Mayor Christopher Moultry said prior to the vote. “We need to deal with it when we can.” Council member Ann Williams concurred, saying, “I think it would be a good idea.”

Moultry opened the floor for comments from the audience of the well-attended monthly meeting Tuesday night, and there were no objections.

Assisted living facility director Tammy Ceasor and local retired attorney Gene Stephens got a round of applause at Tuesday night’s Chattahoochee City Council meeting when they announced that AngelCare With A Vision was looking into using the former Gadsden County Public Health Building to expand their current offerings with a 15+ bed location. Ceasor opened  AngelCare last December, but the 3577 Flat Creek Road facility is six miles out of town and can only hold about six residents.

Ceasor said in December that she was hoping to expand the facility in Flat Creek. Since then, she has been joined by Gene Stephens, a former public defender who worked at Florida State Hospital, in an effort to convert the Maple Street building – currently being used by the city as a senior citizens center – to assisted living.

“She didn’t even think about moving to town until I talked with her,” Stephens said after the meeting. ”She is assisting my mother through home health care, and my mother eventually could need a residential facility. There is a critical need for this in Chattahoochee, and I feel this could be a perfect solution. The move could double her capacity, and she will continue the senior citizens activities there as well.”

Gadsden County Commissioner Gene Morgan and Chattahoochee City Manager Robert Presnell have both endorsed the expansion, according to Stephens. Presnell said after the council meeting Tuesday that a low-cost lease from the county is currently being examined for the proposed expansion of the nonprofit AngelCare facility.

“We absolutely need it,” Presnell noted.  “We’re an aging population, and there is no such facility in the city.”

Stephens and Ceasor are planning to go before the Gadsden County Board of County Commissioners February 19 to make a formal lease request, Stephens said. 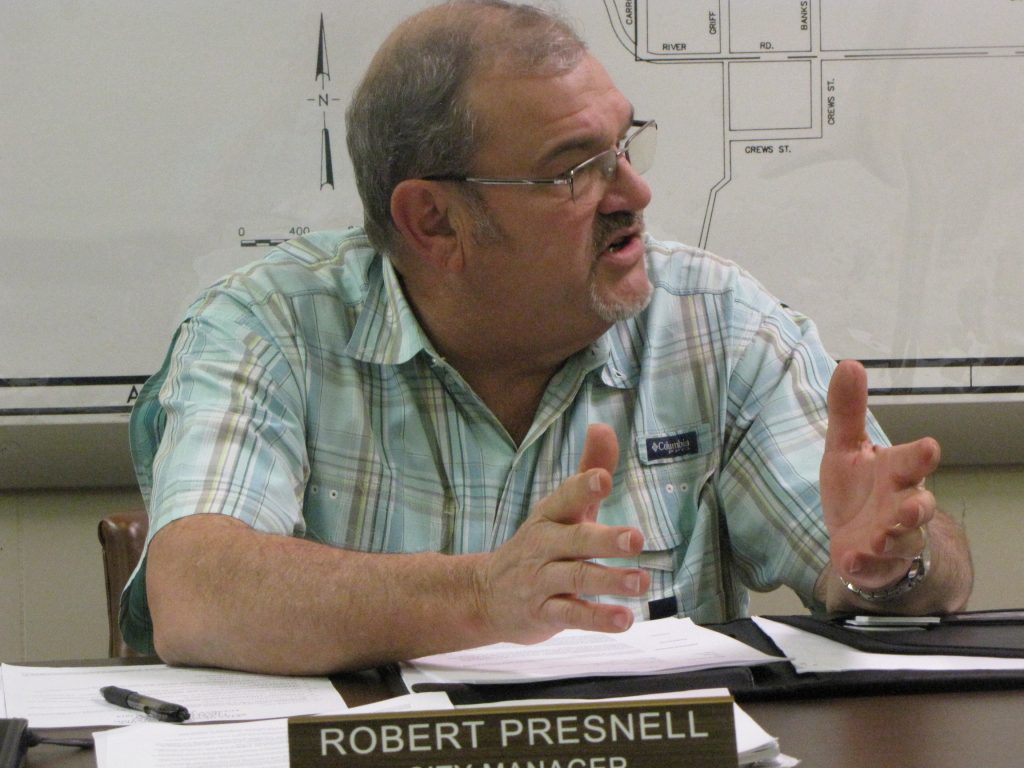 Chattahoochee City Manager Robert Presnell explains to the council how the city would likely benefit from joining the county and neighboring municipalities in hiring the Gunster Lobbying Firm for the upcoming state legislative session. 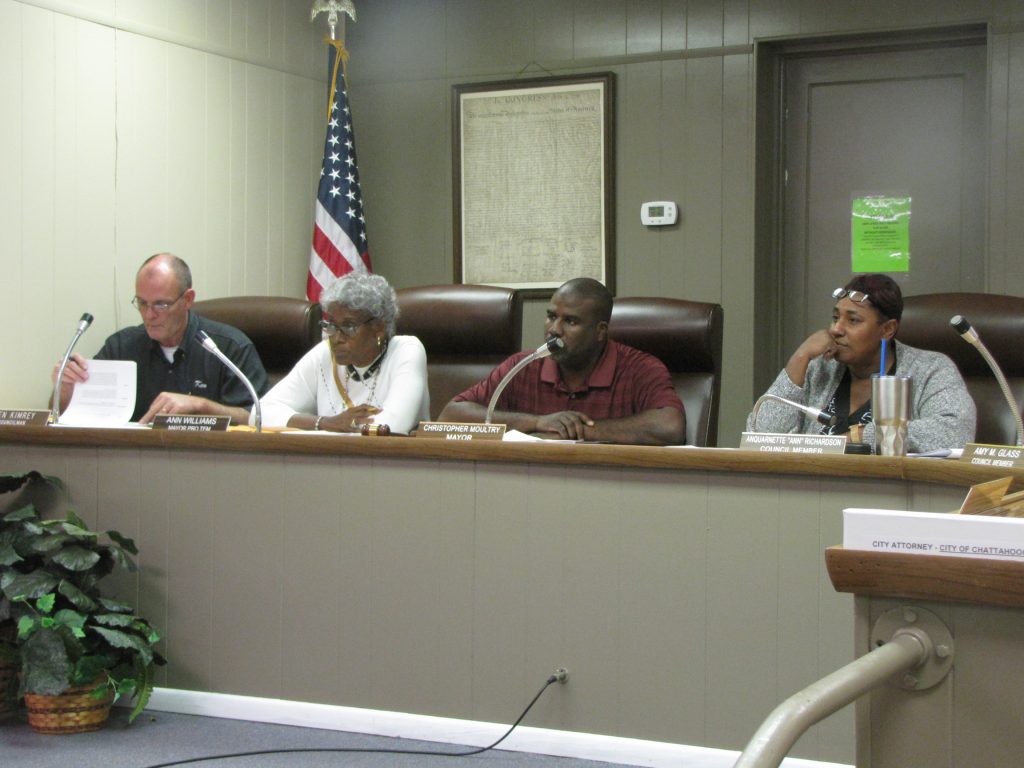