At its 2018 “Women of Distinction” awards gala this past Thursday, the Girl Scouts of the Florida Panhandle bestowed one of its highest honors on a retired Gadsden County educator and longtime local resident.

Another Gadsden County Schools retiree was also among the “Women of Distinction,” a group of eight women selected from scores of nominees from around the Panhandle.

Nell Cunningham, retired educator and Havana resident, received the Lifetime Achievement Diamond Award, presented to “a woman whose contributions to the community embody the vision of Juliette Gordon Low, founder of Girl Scouts.”

A spokesperson for t he Girl Scouts said Cunningham has “constantly” mirrored the good works of the late Girl Scouts founder,from Cunningham’s bringing medical and dental services to Havana to her decades  of volunteering for Tallahassee Memorial Hospital.

Also from Gadsden County and also a retired educator, Audrey Lewis was honored at the gala this past Thursday, as well.

“It has been an honor to meet these extraordinary women and recognize them as the distinguished women that they are,” said Raslean M. Allen, Girl Scout Council of the Florida Panhandle, Inc. chief executive officer.

“The recipients are women who have demonstrated their commitment through leadership and community service; they signify courage, confidence, and character, while making the world a better place, and exemplify the Girl Scout mission.”

In addition to Cunningham and Lewis, the other six 2018 “Women of Distinction” include:

• Barbara Goldstein, one of the founders of the Holocaust Education Program; Goldstein received the prestigious “Pearl Award” for being a former Girl Scout who has “contributed to building girls of courage, confidence and character who make the world a better place.” 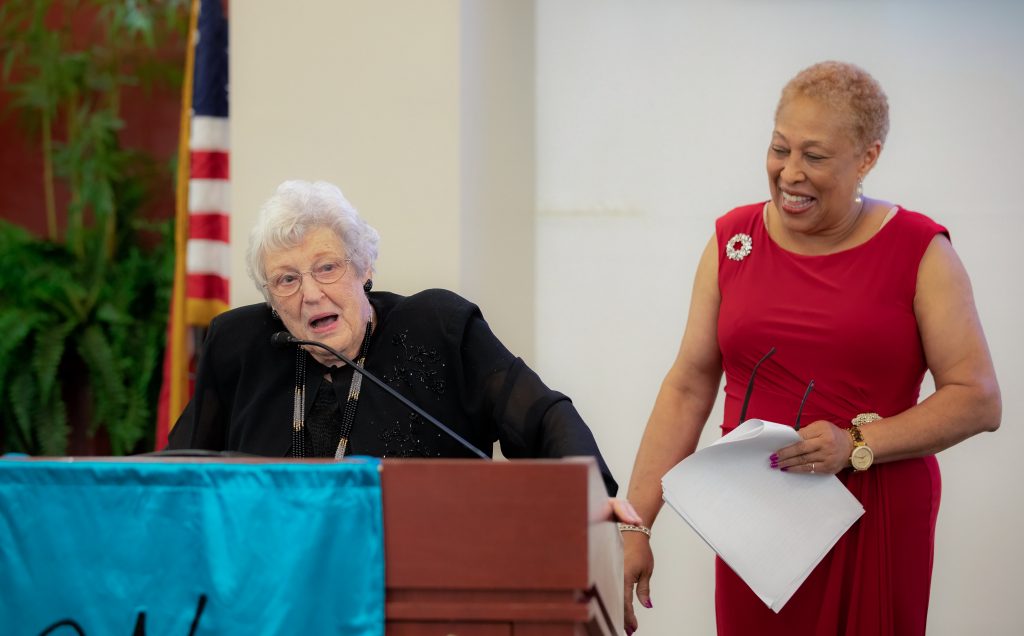 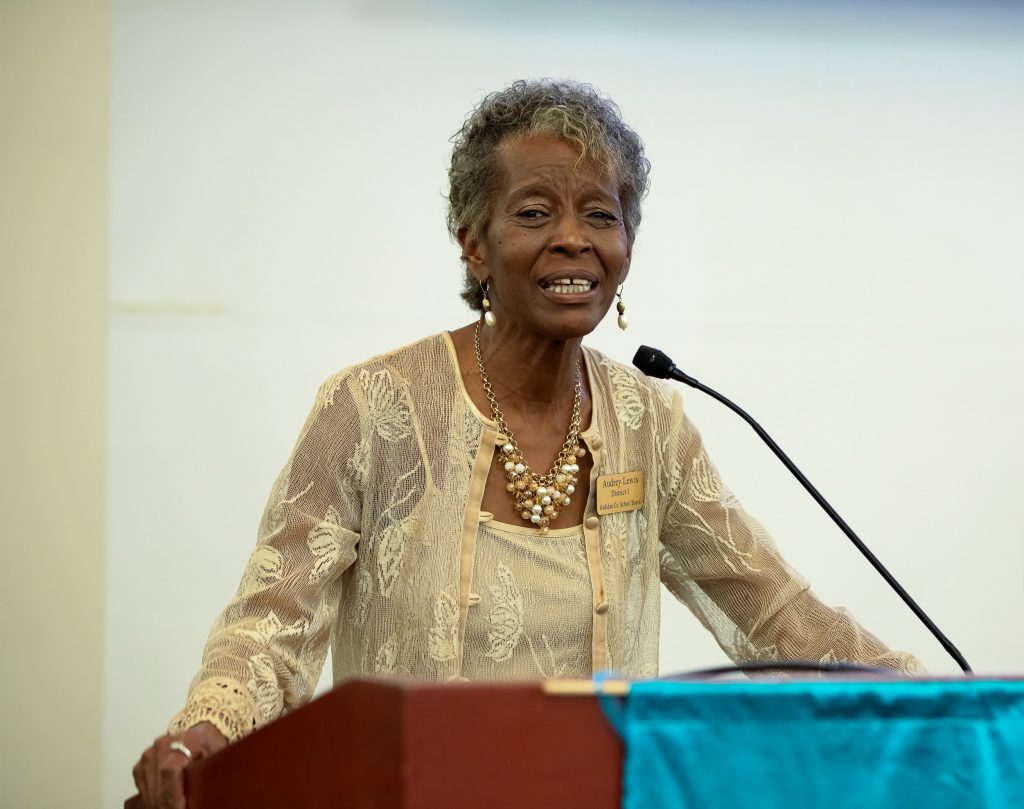 Audrey Lewis delivers her acceptance speech after being named a 2018 “Woman of Distinction.” Photo courtesy Girl Scouts of the Panhandle 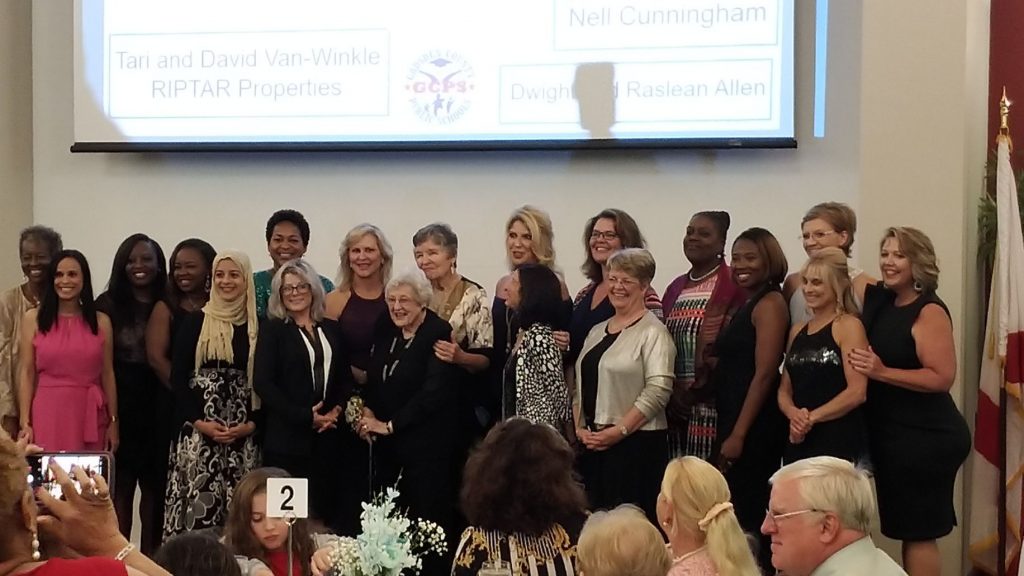