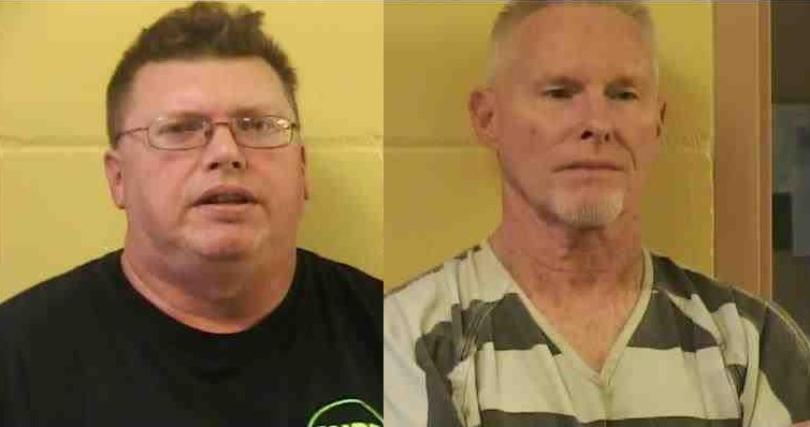 Authorities say a former Florida State Hospital correctional officer, along with his cousin, stole more than $100,000 from a Liberty County trucking company in an alleged fraud spanning some three years.

Earlier this month, agents with the Florida Department of Law Enforcement and Liberty County Sheriff’s Office arrested 48-year-old Glenn Terrell Holland of Hosford and his cousin, 59-year-old Gregory Newsome on charges of grand theft and engaging in a venture to defraud a trucking company.

While employed as a correctional officer at Florida State Hospital in Chattahoochee, Newsome was collecting paychecks from a second job with a Liberty County trucking company, investigators reported. Holland was his cousin Newsome’s direct supervisor at the trucking company from February 2015 to August 2018, a Florida Deparment of Law Enforcement report adds.

Apart from receiving a paycheck, however, agents say there was little indication that Newsome actually did any work for the trucking company. Timesheets from both of Newsome’s employers indicated he was working an average of 60 hours per week on day shifts for the trucking company, while simultaneously maintaining a similar full-time, day-shift work schedule at the hospital, a joint investigation between the Florida Department of Law Enforcement and Liberty County Sheriff’s office revealed.

According to law enforcement, Newsome’s combined timesheets indicated he worked 317 days of twice-daily 12-hour shifts at both jobs; the timesheets further revealed that for around 163 days, Newsome worked 24 hours a day or more. “Impossible,” investigators said.

Florida Department of Law Enforcement agents added it appears the cousins were passing money between their bank accounts, suggesting Holland was receiving money from Newsome in their alleged criminal partnership to defraud the trucking company.

Holland and Newsome were arrested this past Thursday, February 7 and booked into the Liberty County Jail.