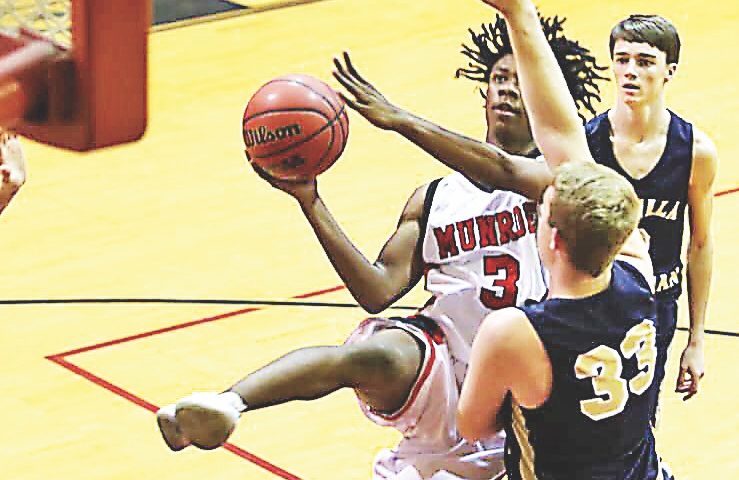 The Scorpions dominated the game from the start and wound up with three players scoring in double figures.

The decisive win gave the Scorpions an overall 11-6 record and got them back in the winning ways after losing a close 63-57 contest to 5A Godby in Tallahassee the previous Tuesday, January 15.

In spite of the loss, Crossroad had five players hitting twin-figures in that game, with Black leading the way with 12 and Matthews, Jones, Deion Belford and Dedric Streeter adding 10 each.

Munroe also had a 1-1 boy’s basketball week, losing 49-47 to Aucilla this past Thursday before bumping off St. John’s Country Day School 58-46 Friday.

Max Reinhard led the Bobcat scoring with 15 points in the Aucilla game, and Nasser Mohammed had a 10-point, nine-rebound outing. Jaddon Derico popped in nine for Munroe.

Reinhard had a big game for the ‘Cats in the win over St. John’s, mustering 24 points and pulling down eight rebounds. Mohammed scored 10 in the victory and cradled eight boards. Derico also had a double-figure game, shooting in 10.

In other local play, Gadsden lost a heart-wrenching 62-61 game to Florida High Thursday, and Tallavana was bumped by Aucilla 54-10 this past Friday.