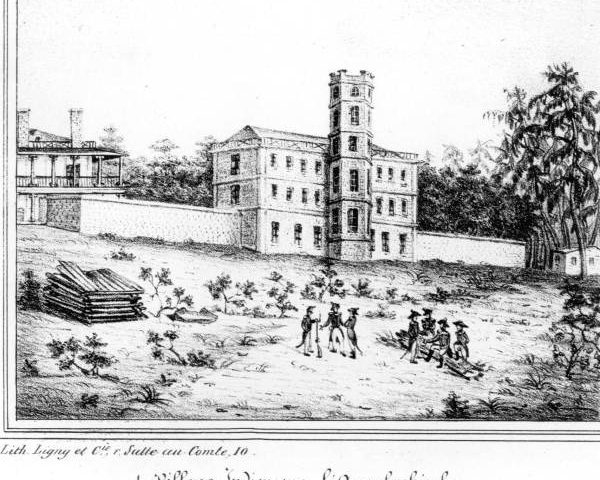 Though the surrounding landscape may have changed significantly since the 19th century, many of the Montvernon Arsenal buildings depicted in this 1839 drawing from the state archives survive in 21st century Chattahoochee and would likely be recognizable to the pre-Civil War soldiers who populated it in its heyday. This is thanks in large part to preservation efforts by the Apalachicola Arsenal Museum Historical Society and numerous other local history buffs over the past century. The U.S. Army established the sprawling complex in 1832 as an outpost for soldiers and weapons during the Second Seminole War. It was first named the Montvernon or Mount Vernon Arsenal, but was later re-monikered as the Chattahoochee Arsenal, and finally the Apalachicola Arsenal. Modern day visitors can check out artifacts and educational material related to the site at the Apalachicola Arsenal Museum, located inside the old arsenal powder magazine at 1071 Pecan Lane in Chattahoochee, near Florida State Hospital.