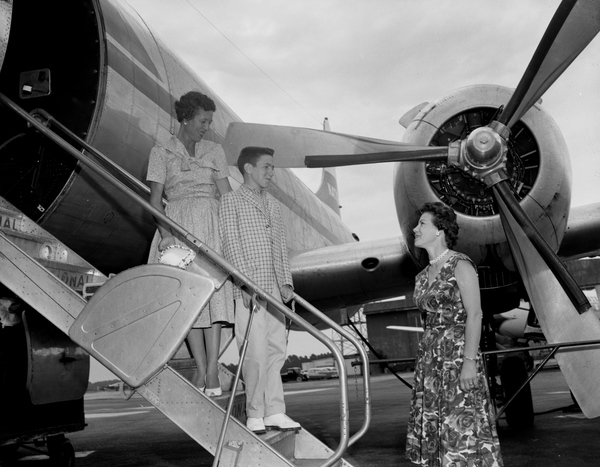 (State Archives of Florida) Jackie Dodson of Chattahoochee boarding a plane with his mother, left, at Dale Mabry Field in Tallahassee.

Dodson was bound for New York, where he competed in the Ted Mack Amateur Hour.

He was sponsored by the Cairo Rotary Club where he won a competition for his tap dancing.

Jack had begun dancing when he was five and was one of five brothers who all danced.

The State Archives does not say how Dodson fared in the Ted Mack competition in New York.