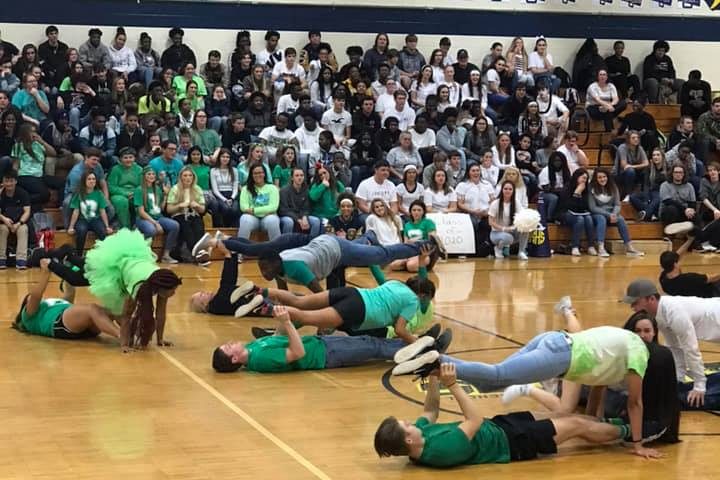 In an exercise of school spirit and unity, the entire student body of Sneads High School recently engaged in a game of Ships & Sailors – a trendy command-and-action game for large groups designed to teach teamwork. Students divide into groups, and act out the commands of a captain, or caller. The game requires close attentiveness and ability to work with others; it also makes for some humorous situations, as students mime ravenous feasting, furious rowing, and even poker games, as commanded by the captain. Each grade battled it out against each other when the game was played at Sneads High School just before holiday break; at the end of the day, sophomores came out on top.