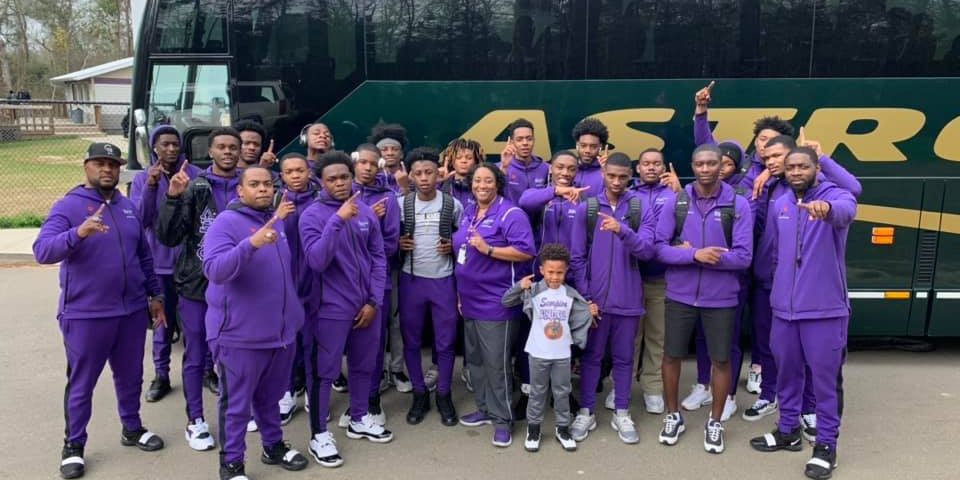 The 2A Florida High School Athletic Association basketball state championship game is within range of Crossroad Academy’s bitter stinger, and the Scorpions are sparing no venom to get there.

In a nerve-rattling, nail biter of a matchup, the Scorpions defeated Impact Christian Academy this past Tuesday 52-51. With the win, a single game stands between Crossroad and the 2A state championship matchup. The Scorpions face Central Florida Christian Academy this Monday, March 4; the winner of this contest will take on the victor in the North Florida Educational Institute vs Schoolhouse Prep game in the 2A state championship game March 5 in Lakeland.

Scorpion fans were no doubt glued to the edges of their seats this past Tuesday night in what would prove one of the most intense, exciting contests of Crossroad’s 2018-19 basketball season. Crossroad retained the edge through much of the game, but failed to dominate the Impact Christian Lions. By the middle of the fourth quarter it was anyone’s matchup, but the Lions managed to fend off a late rally by Impact Christian to squeak by the Lions by one point, retaining their scant lead until the critical final buzzer. But the Lions stayed firmly fixed to Crossroad’s tail throughout the matchup and even managed to pull ahead by a point or two in several instances prior to the heart-stopping fourth quarter.

Crossroad enjoyed a slim, but relatively comfortable, lead at the end of the first quarter, as Impact Christian trailed 7-12. The Lions outscored the Scorpions in the second, but Crossroad made up for the deficit in the third quarter. The fourth quarter was nothing short of a thrill ride, as the trailing Lions rallied, placing 17 points on the board versus the Scorpions’ 10-point fourth quarter effort. Had the game continued another two minutes, there’s no telling how it would have ended; but, luckily for the Scorpions, Tuesday’s game wasn’t played in a hypothetical universe. No matter how slight the lead, Crossroad was nonetheless on top at the sound of the final buzzer.

This past Tuesday’s close contest contrasted radically with Crossroad’s previous matchup, in which they dominated another pack of Lions – the Beach Chapel Lions – relentlessly, gaining a decisive 66-29 win..

Throughout the Beach Chapel game,, there was never any doubt as to who was on the top of the food chain; the Scorpions clearly had a nastier sting than the Lions’ bite. By the end of the first quarter, Crossroad already enjoyed a comfortable 17-6 lead, but the Scorpions refused to let up, relentlessly pursuing every last point available to them.

At the half, Beaches Chapel had only managed to add a single point to its paltry point tally, while the Scorpions surged ahead with 22.The second half of the game was much like the first. Crossroad dominated, while the Lions appeared to be napping. The game ended just as Scorpions fans – and Lions fans, likely – expected it to: with an unquestionable Crossroad victory.