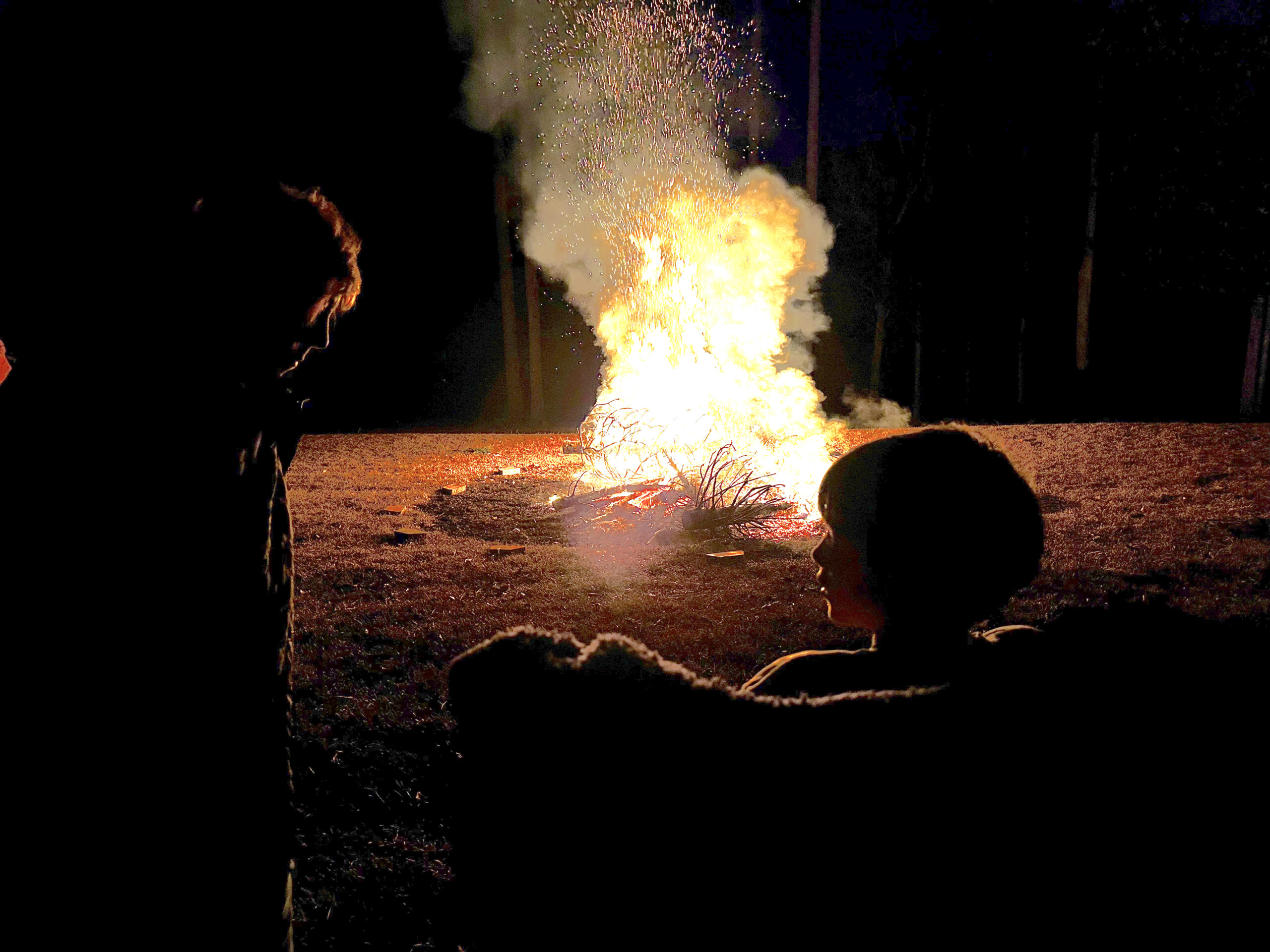 On the 12th day of Christmas, the congregation of the First Presbyterian Church of Quincy invited the community out to burn their used Christmas trees, officially ending the holiday season.

Many of those looking to safely dispose of their Christmas trees met at a lake house down a winding road off Attapulgus Highway Friday evening.

This was the first time the church hosted the event since the COVID pandemic began; many who were there said pre-pandemic, the event drew a much bigger crowd.

However, with a few dozen people in attendance there was still pretty good turnout this year.

As the temperature dropped, and the full moon rose higher in the sky, members of the church fellowshipped with one another.

The adults gathered around an outdoor fireplace enjoying homemade chili, while the children sat near the bonfire.

Many of the ladies shared how they took down their nativity scenes and other decorations earlier that day since it was the last day of Christmas.

According to Christian tradition, January 6 marks the day the three kings arrived in Bethlehem after Jesus was born, so this day signals the official end of the Christmas celebrations.

Cousins Fountain May and Jesse May grabbed opposite ends of each Christmas tree as everyone called out which one was theirs.

All the trees, except for one, were purchased from the youth members of the church.

It’s the biggest fundraiser of the year and proceeds go towards youth trips and activities.

Lisa Wilder who oversees the fundraiser said May Nursery delivered the trees on a semi-tractor trailer at no charge to the church.

While some of the trees were dried out and immediately went up in flames, others took longer to catch fire due to extra special care from the owner.

One of the slow burners belonged to Jacqueline Dooner.

Wilder said Dooner is usually the first to show up at the lot to pick out her tree, and the last to put hers up.

“It’s sort of a running joke because I’m so crazy about the whole process,” Dooner said. “I really love Christmas.”

While most of the other tree-buyers put their trees up the same day, Dooner waters hers for a week before putting it up and makes sure it stays hydrated.

Tamra Erde’s tree, on-the-other, was one that was dried out and burned immediately to a crisp.

Erde said she put her tree up the same day she took it home and didn’t regularly water it.

Of course, they saved the best for last, the biggest tree of the bunch, which belonged to the church.

They needed a few extra hands for that one.

The final tree added to the pile produced the highest and hottest flames causing the crowd to back up.

Once all of the trees were reduced to a pile of ashes, Michael Dooner extinguished any remaining embers using a water hose.