Like its counterpart across the river, Sneads Town Hall is dealing with its own whirlwind of personnel changes.

This past Tuesday, the regular meeting of the Sneads Town Council began with the resignation of council member Danny Pettis, elected just 18 months ago.

Pettis, who is assistant director of Florida State Hospital, has taken a new residence outside the Town limits, which will not allow him to remain on the board.

The council had seen this coming.

“I want to apologize,” Pettis told fellow council members. “I didn’t want it to happen this way.”

“I’d like to get my property annexed into the Town limits,” Pettis said in tears, “but I don’t feel comfortable staying in and not living inside them.”

Pettis then left the meeting, leaving yet another empty chair in the meeting room.

Other empty chairs included that of the police chief and town attorney, the former occupied for years by now-ex-Chief Burt McAlpin; the latter, by Town Attorney Guy Green.

But at the October 9 town council meeting – held the night before Hurricane Michael ripped through the region – council members voted 4-1 in each of two separate motions to fire both McAlpin and Green.

McAlpin had served 13 years as chief, and Green had been at his job for decades.

Council President Grice said McAlpin was terminated for “insubordination.” Council member Greg Lewis added, “It got to the point that he would no longer work with the council – specifically, on the budget.”

The long motion to fire McAlpin, filled with numerous official complaints the chief had accrued over the years, was made by Council President Grice.

Arnold also cast the only “nay” in the motion to fire Town Attorney Green.

Arnold said he “simply” didn’t think what McAlpin or Green “did or didn’t do” rose to a level that warranted their dismissals.

The day after the dismissals, Hurricane Michael struck.

She did so the day after the hurricane.

Cauthen, a former deputy to Jackson County Sheriff Lou Roberts, had just joined the Sneads police force  four months earlier. At the time of his promotion, he was actually living at the Sneads Police headquarters, having lost his home in Grand Ridge to Hurricane Michael’s destructive winds.

But Cauthen doesn’t plan to stay on duty much longer. He plans to return to the Jackson County Sheriff’s Office soon, and his last day with the Sneads PD is November 27.

In his resignation letter, presented to Town Manager Bell this past Tuesday, Cauthen wrote: “I have had a complete lack of support from the patrol staff during this transition and a lack of authority to coordinate needed changes within the agency. I am not able to lead the police department in the direction I intended under the current conditions.”

Cauthen’s letter of resignation was not read at Tuesday night’s hour-long meeting.

The council did address the Town’s search for a new attorney, however.

Bell said she is advertising “request for proposals.” She is writing it up now, she told the council, and will submit it for approval and then out to bid.

The council took no action on the search for a new attorney or police chief Tuesday.

Arnold explained after the meeting that since Pettis’ seat was up for election next spring, there will be no need for a special election to replace him.

“The council most likely will appoint maybe a former council member or qualified person to serve out the term,” Arnold said. 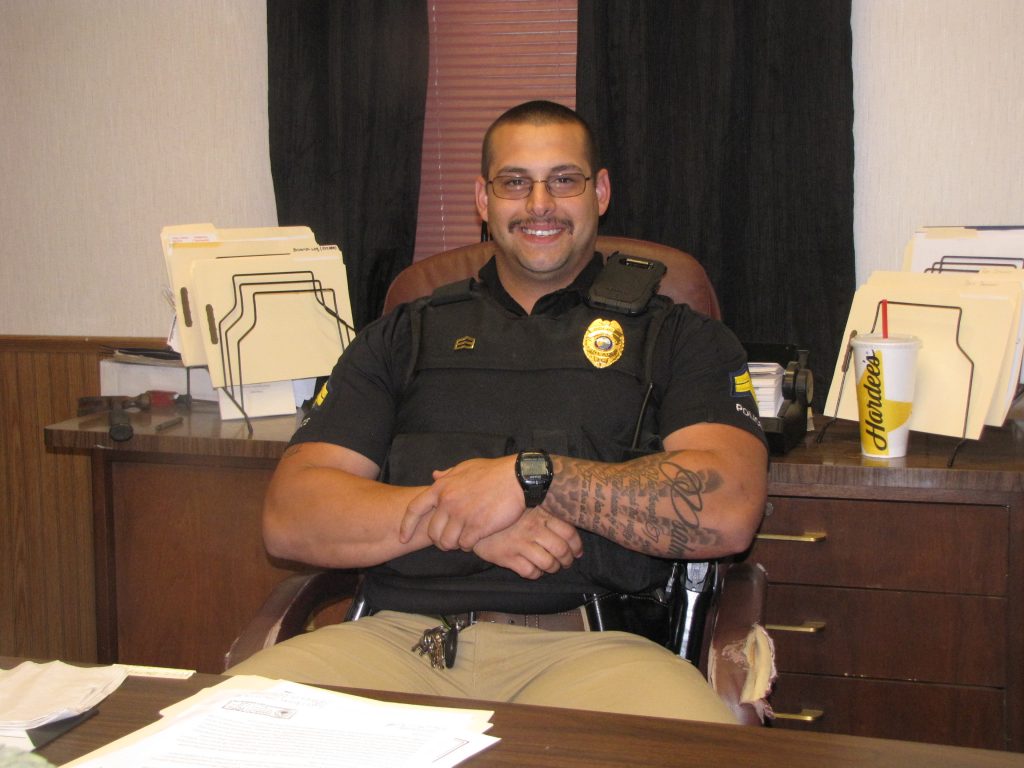 Since former chief Burt McAlpin’s termination in October, ex-Corporal Travis K. Cauthen has served as interim chief, but he plans to leave the department later this month. Photo by Bo McMullian. 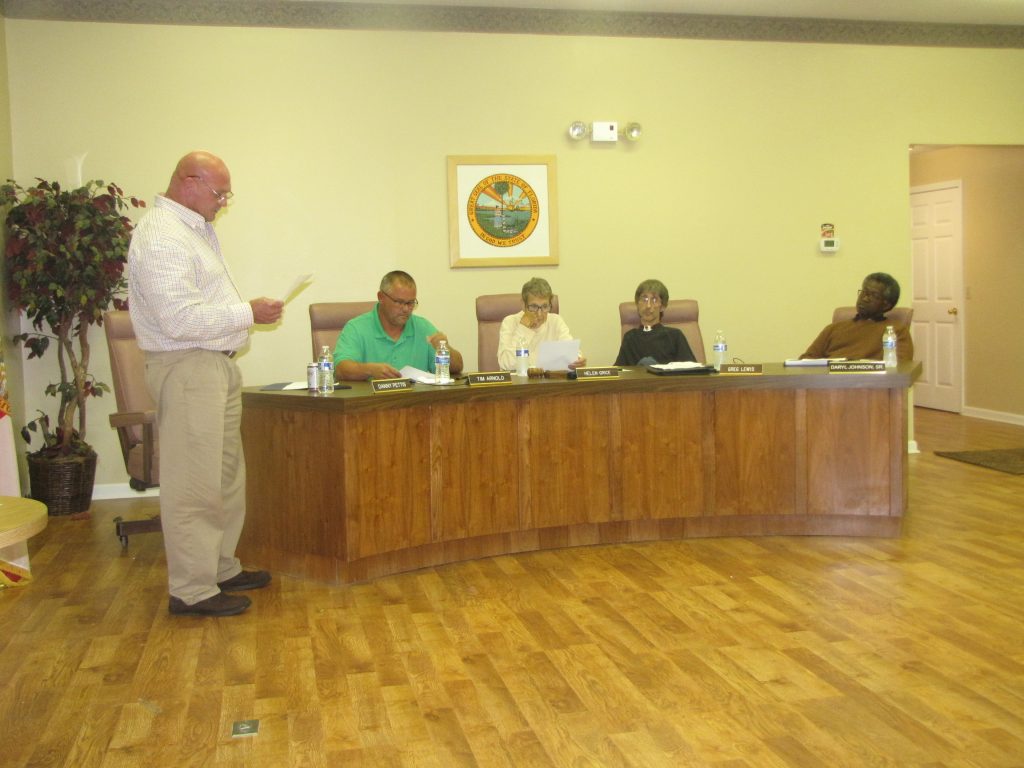 Sneads Council Member Danny Pettis delivers a tearful resignation to the council this past Tuesday night. Photo by Bo McMullian. 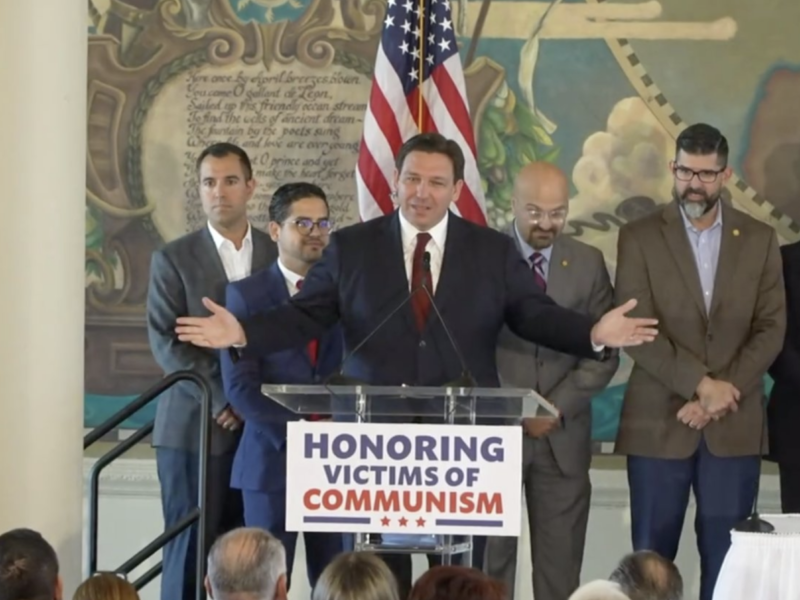